Music in the UK: the charts (BBC) 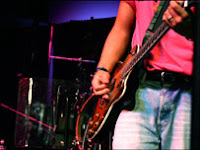 Have you ever heard of Al Martino? Not many people know his name nowadays but back in 1952 he made history by becoming the first recording artist to have a number one record with his song 'Here In My Heart'. For more than fifty years sales of singles have been measured on a weekly basis and ranked in a chart. The week's best-selling single takes the number one position for that week.

So who has had the most number ones? For 25 years The Beatles and Elvis Presley matched each other with 18 number one records apiece. However, in 2005 Elvis earned a posthumous number one when his 1957 hit 'Jailhouse Rock' was re-released. Since then two more Elvis singles have gone to the top of the charts bringing his total to 21 number ones!

Over the years many artists have enjoyed incredible success in the charts. Bryan Adams held the number one position for 16 weeks in 1991 with the ballad 'Everything I Do I Do It For You' whilst Elton John's tribute to Princess Diana, 'Candle In The Wind 97', sold 4.86 million copies in the UK.

However, there are concerns over the future of the music industry as sales have fallen in recent years. This was illustrated in 2004 when Eric Prydz had a number one record despite having sold less than 24,000 copies.

One reason for the fall in CD sales could be the increase in music downloads. Many computer users illegally download MP3 files through peer-to-peer, file-sharing networks.

The music industry has responded to this new threat by offering the possibility to buy downloads from approved web sites. These digital downloads were integrated into the UK chart for the first time in April 2005. Ironically, the first number one of the digital age was a reissue of Tony Christie's 'Amarillo', a song first released in 1971.

best-selling
selling a lot of copies

matched each other
had an equal number of number one records

hit
a very popular song that sells a lot of copies

re-released
made available again for people to buy


peer-to-peer
from one computer to another