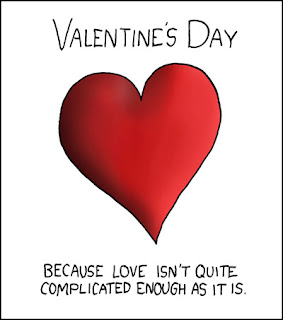 Valentine's Day is a holiday celebrated on February 14. It is the traditional day on which lovers express their love for each other; sending Valentine's cards, or offering candy. It is very common to present flowers on Valentine's Day. The holiday is named after two among the numerous Early Christian martyrs named Valentine. The day became associated with romantic love in the circle of Geoffrey Chaucer in High Middle Ages, when the tradition of courtly love flourished.

The day is most closely associated with the mutual exchange of love notes in the form of "valentines." Modern Valentine symbols include the heart-shaped outline and the figure of the winged Cupid. Since the 19th century, handwritten notes have largely given way to mass-produced greeting cards. The mid-nineteenth century Valentine's Day trade was a harbinger of further commercialized holidays in the United States to follow. The U.S. Greeting Card Association estimates that approximately one billion valentines are sent each year worldwide, making the day the second largest card-sending holiday of the year behind Christmas. The association estimates that women purchase approximately 85 percent of all valentines.
Posted by Matt Ford at 19:59